Ozamiz City is one of the vibrant cities of Misamis Occidental. The city hailed from a colorful origin and multi-cultural composition. Resources wise, the city is dependent on agricultural produce although, in recent years, Ozamiz has become a hub for most of the commercial trades with the addition of forest products. Export woods are being produced in Ozamiz including coconut and its other by-products. Ozamiz is also blessed with a rich marine grounds thus the seafood and other marine delicacies here are mostly fresh and abundant.

Camella Ozamiz is exactly located in Brgy. Labo in Ozamiz City. As a fast-rising center for commerce, education, trading, and health, Ozamiz City residents will soon be an economic tiger of the south. Since the city has an excellent harbor locale, its ports become the drop-off point of mineral deposit being mined in both Misamis provinces. Gladly, Camella Ozamiz is here to celebrate that soon-to-be reached economic success of the city.

Camella Homes considered convenience alongside comfort and security issues for the residents thus Camella Ozamiz was strategically located in a place near the commercial district of the city. Let’s take a look at these closely located key places: 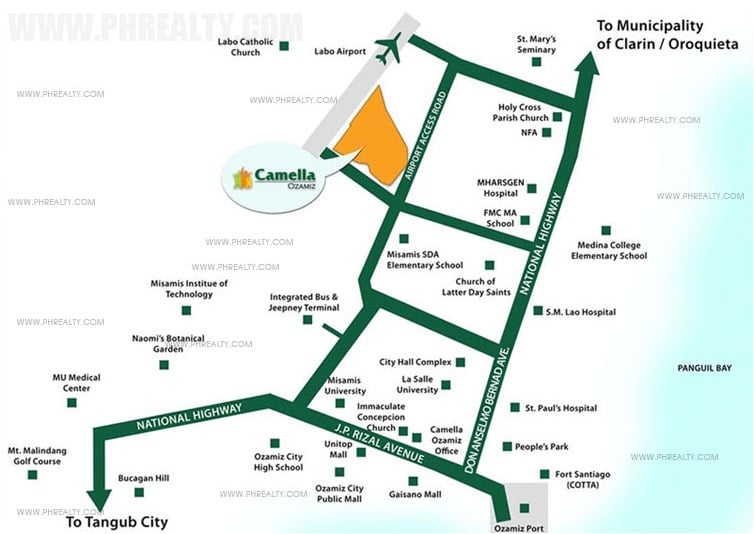